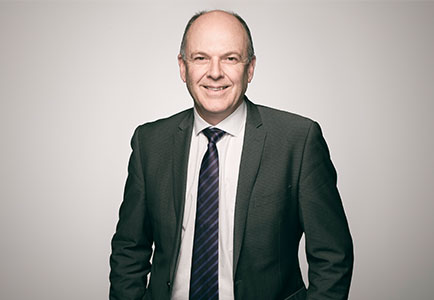 David Harris is a highly experienced Manager of large teams and a successful private business owner. Starting his career as an Electrician has given David broad practical hands on skill base and understanding of trades. After completion of his A Grade Electrical License David entered University and completed a Bachelor of Business prior to commencing as a Qualified Valuer with Knight Frank Australia.

An opportunity then arose to acquire a Real Estate Business in Mildura which David owned and successfully operated for 17 years. A desire to enter the larger corporate market saw David sell the business and move into a Senior Leadership role as a State Manager with LJHooker in 2007.

Managing over 80 offices in Victoria and Tasmania proved a great training ground for overseeing large disparate teams and when a new opportunity arose as a Commercial Manager with Crowe Horwath (Findex) David was a logical choice. Over 6 years with Findex David managed a variety of teams in multiple offices as a Regional Commercial Manager (WA, SA, Tas and NW Vic).

A desire to give back to the Community and to take on a new challenge lead to David’s change to his current role as Chief Operating Officer with SuniTAFE. Acquiring a broad range of skill sets from a wide variety of roles during his career has allowed David to assist SuniTAFE to become widely respected and efficiently run, and has contributed to SuniTAFE’s recent recognition as Large Training Provider of the Year (2019).